A multimedia performance piece for MAK, Vienna. Protagonists of various background cooperate along the theme of  the life of „Pierre Riviere“, one of the most prominent criminal cases to be documented in France of the 19th century. The narrative follows an abstract showcase, combining exemplary ligthing and film language with contemporary movement vocabulary. 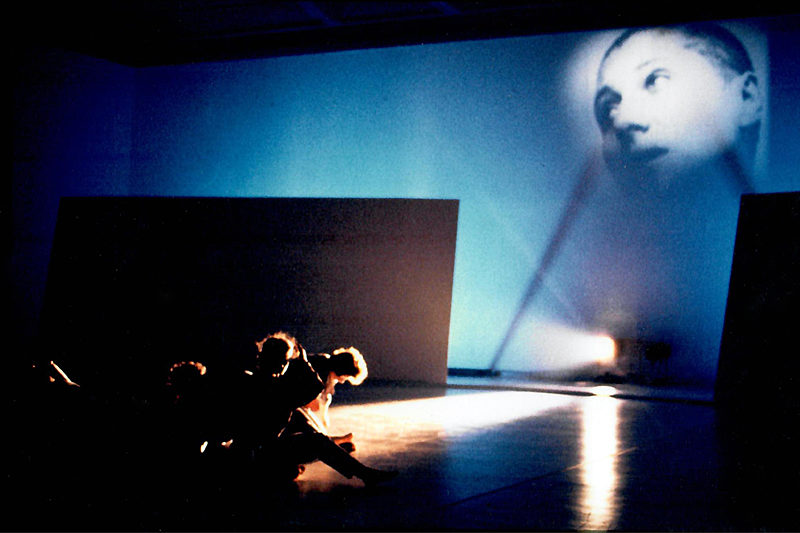 On June 3, 1835, a 20-year-old Normandy peasant named Pierre Riviere went to his mother’s house and murdered her with a pruning hook; he then killed his sister and a little brother with the same weapon. Leaving the house, he told a neighbor, „I have just delivered my father from all his tribulations. I know that they will put me to death, but no matter.“

Riviere took refuge in the forest, where he lived for months on plants and roots. He then allowed himself to be arrested. This book presents three viewpoints on the question: what is to be done with a person who commits a brutal and apparently perverse crime? We are given the dossier of the contemporary legal proceedings in Riviere’s case; then his remarkable autobiography, composed in prison; finally a collection of modern essays on Riviere by members of a seminar at the College de France directed by the eminent psychiatrist and historian Michel Foucault, author of „Madness and Civilization.“

To the Prosecutor, Riviere’s aberration stemmed from his refusal to accept the discipline that an organic society necessarily imposes on its members: „Solitary, wild, and cruel, that is Pierre Riviere as seen from the moral point of view; he is, so to speak, a being apart, a savage not subject to the ordinary laws of sympathy and sociability.“ The prosecution’s psychiatrist confirmed that Riviere was not mad, merely possessed of a „bilious and melancholic“ temperament and „over-excited“ by a long conflict with his parents. At first this view prevailed, and Riviere was condemned to death; but the King commuted the penalty to life imprisonment, perhaps in response to an unusual intervention by a group of the leading Paris psychiatrists. These pronounced the criminal mentally deficient, and added that he „ought to have been placed in confinement“ long before the crime, since he was „too ill to have been left at large“.