Itinerario Divertimento is based on a unique matrix connecting exemplary music material and choreographic structuring with spatial art components within unique theatrical frameworks – both for the stage as well as for open architectural contexts (here, in the extraordinary venue of the former Jesuit Theatre of Vienna). 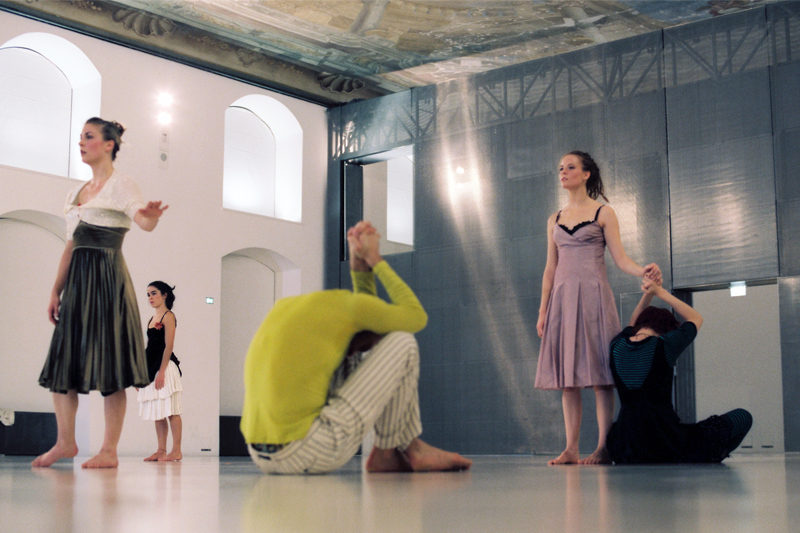 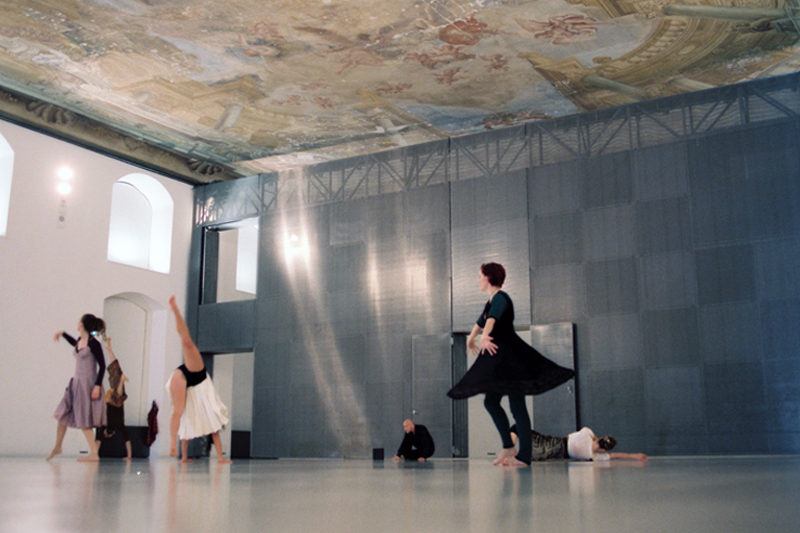 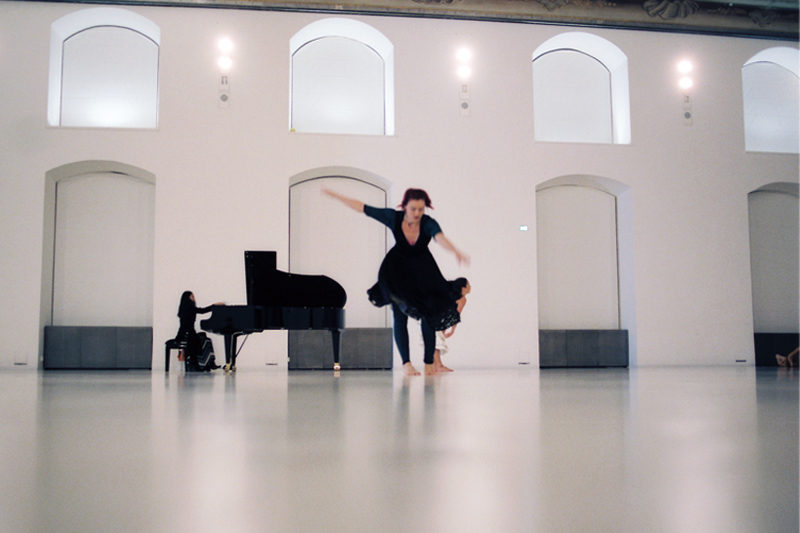 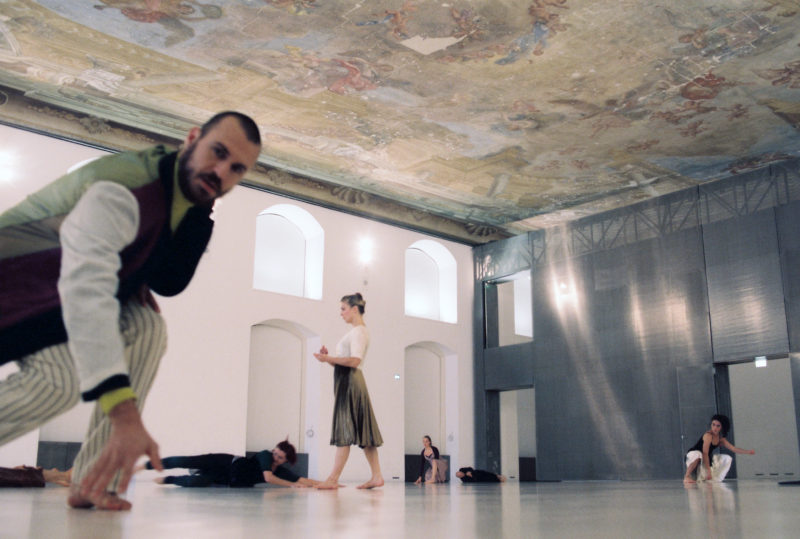 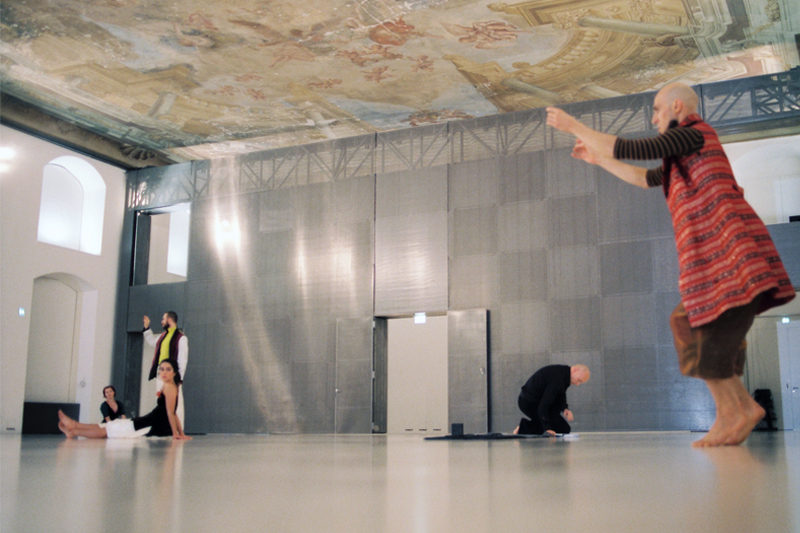 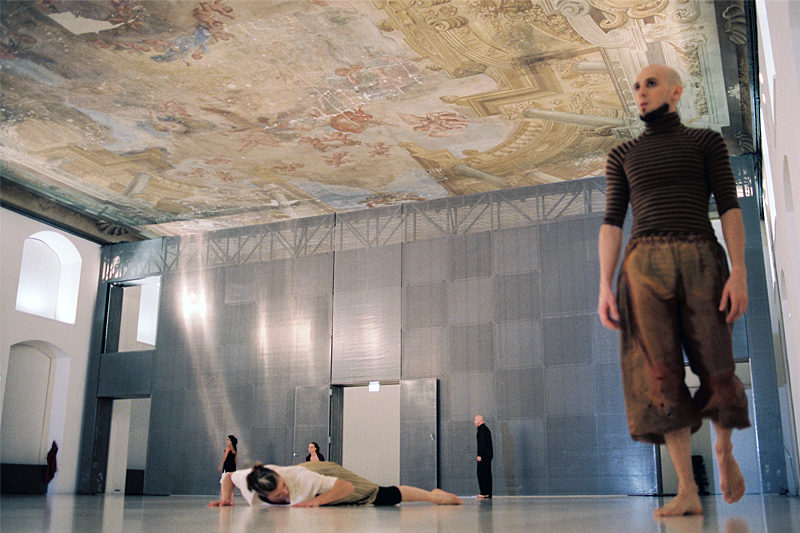 The content of these dance theatre works remain abstract yet relating it to the virtuosic interplay of characters within a complex choreographic grid. By means of subtle narratives among the protagonists surreal metaphors, accelerate and enhance the dramaturgy. Biographical material mixes into the plot of a multi-linqual ensemble, thus exploring new terrain of theatre making.

A unique changing Space Scape of the former Jesuitheatre of Vienna:
Five years took the (re)construction of a new headquarter for the ‘Academy of Science’ opened for the public in autumn 2006. The premise was a new concept, thus combining research, representation and documentation at crossroads with the arts. The historical Jesuit university building complex has been completely revised in an extraordinary architectural effort by the Austrian architect Rudolf Prohazka. It describes a  master plan of functionality and sophisticated aesthetic. It calls for an adequate blend of scientific and “theatrical” activities.

Working Space Scape:
A large, white, multi-functional venue at the top level of the building compound (“Alte Aula”) with a precious historic fresco on its ceiling – reminiscent of the religious contract of the Jesuit Theatre – proscribing a multi-layered interface for choreographic investigation.

The venue has been equipped with a new architectural unit: a dominant revolving metal wall (20m x 7m x 0.3m) that divides the full width of the space at any point along its maximum length (40m) and functions as a radical division frame – scanning along the fragile, religious fresco from beneath, fragmenting and foregrounding its content.

Premiered in the context of the symposium ‘What Is European?’ November 2006

In “Itinerario Divertimento II” the “twin composition”: Fantasy in C minor KV 475 and the Sonata in C minor KV 457 by Wolfgang Amadeus Mozart provide both theme and theatrical plot. The choreographic opus was originally staged at the spacious historical venue – the former Jesuit Theatre of Vienna – in the context of the Mozart jubilee in 2006.

Now the new stage version (2008) is an abstraction and condensation of the original version and underlines the revised interplay of characters in a differentiated fashion, quoting from classical and contemporary cultural cipher on behalf of a new and vivid ensemble configuration. The individual approach of each dancer’s vocabulary is an important device in the choreographic imagery. Concrete tasks – kinetically investigated on the stage and connecting it to the music – requires a profound decision-making technique on behalf of the young protagonists. The ensemble, featuring protagonists of various cultural backgrounds fosters a poetic dance vocabulary within the framework of Cecilia Li’s live piano performance on stage.

The duality principle (Fantasy – Sonata/Statement – Variation) is celebrated in fast changing double (triple) modules. Cecilia Li calls for spontaneous changes in the line-up of her score, juxtaposing the orchestral playback – including excerpts from Erik Satie, Joseph Matthias Hauer, John Cage and Giacinto Scelsi within the approx. 70 minutes performance. The protagonists’ virtuosity challenged by reacting to the changing score – deconstructing and re-defining the plot through verbal and choreographic clues.

A numerical symbolism of Mozart’s composition order: KV 457 and KV 475 may resemble a mathematical code for theme and variation in the choreographic interface of “Itinerario Divertimento II”. Some narrative connection may be read into the dramaturgy with regard to Mozart’s biography: mother, sister, wife, child…

„Itinerario Divertimento at the Lemesos Dance Festival was the best I have seen from an Austrian Company. Itinerario Divertimento is full of dance, movement, music, ideas, agility, tableaux vivants, and cryptic references, which we are still thinking about and trying to de-code. We specifically did not ask for explanations, because it is fun trying to guess the meanings of some of the scenes […] It makes such a difference having live music in a production, especially when played with such skill and sensitivity. Bravo to all of you for a delightful evening of entertainment, I am sure Itinerario Divertimento will be a great success everywhere.“
(Christakis Christofides, Honorary Consul)

Premiered at the European Dance Festival at Rialto Theatre, Cyprus, May 2008