The project “Cage – for the birds II” – fosters a catharsis along exemplary space situation in the urban landscape of Vienna. Patterns of dance language, as a dichotomy towards inside and outside, open and closed, confined and widely open – define a geographic gridding and formulate the kinaesthetic and compositional material for a glass box created by VALIE EXPORT. 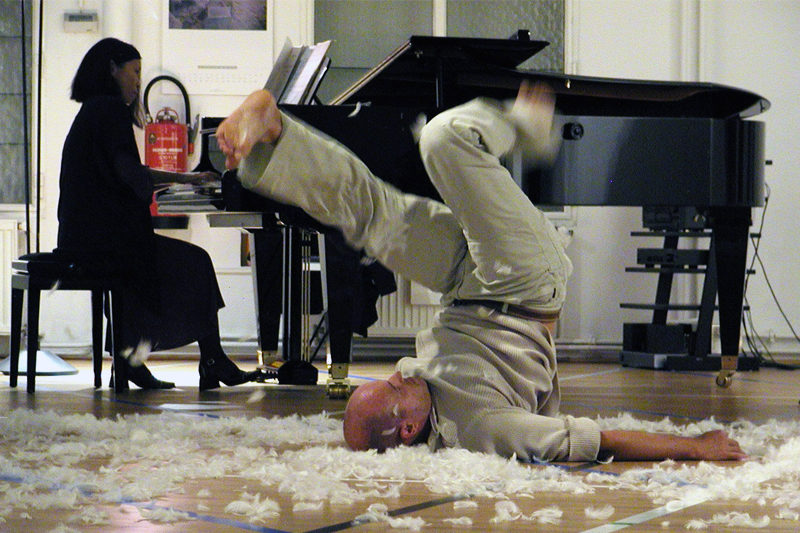 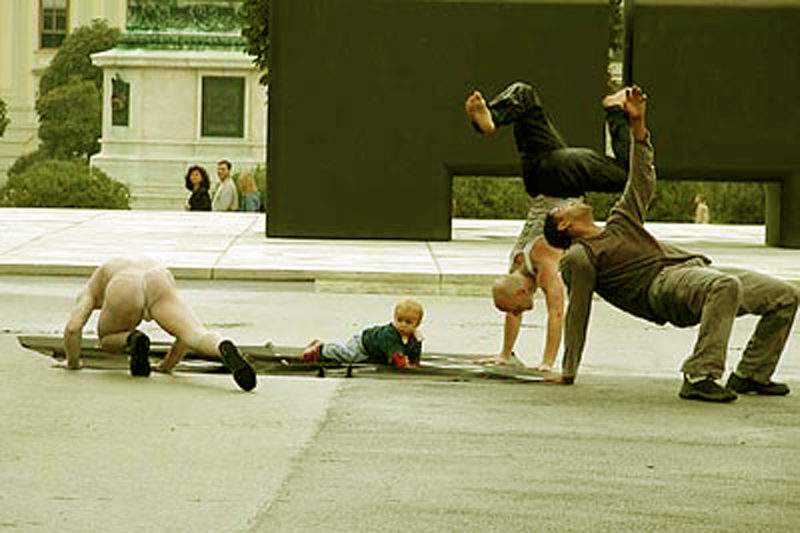 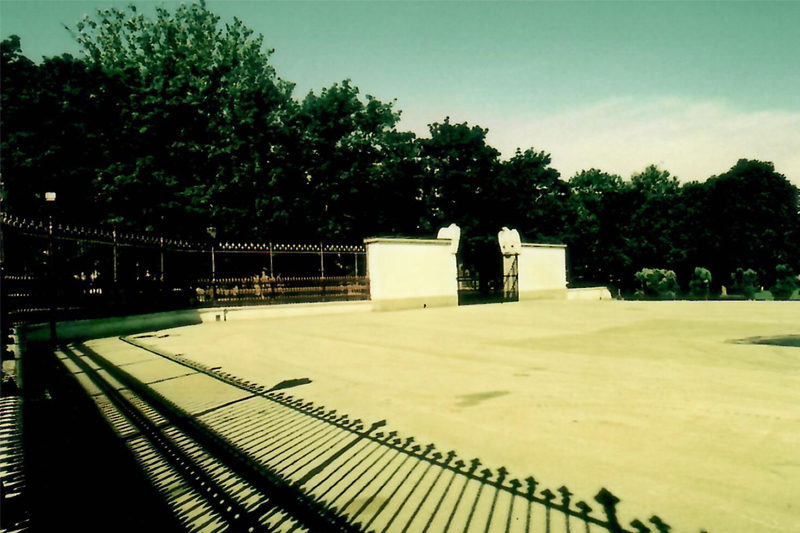 The Heldenplatz,a former market hall and the white cube TAW functioned as additional locations. The difference in the spaces occupied by four diverse protagonists vis-à-vis the audience and the subjects of their interest is concept and topic at the same time. The project supports the efforts of erasing the past to vest the true living in each moment with renewed force. Composed randomness dictates the dramaturgy of the performances.

„In the evening of the performance itself, Cecilia Li plays not only the piano, but seemingly also the role of the director of the show. Whenever she closes her score and leaves the room at a decisive step, the piece is over. The cage opens also for the audience, and Sebastian Prantl turns out to be a gifted comedian.“
(Edith Wolf-Perez, www.tanz.at, October 2002)

„From this ‘composed universe’ that thrives on the repetition of sound modules, the minimal variation of a tone or a chord, and the alternation of silence and sounds, “Cage – pour les oiseaux” selects sounds of infinite grace and tenderness, distilled by Cecilia Li, who remains “royally calm” while wrenching the melodic and rhythmic elements from the keyboard of her Steinway. This is the music from which Prantl – more performer than dancer – draws the inspiration for his fluent and rapid successions of moves that in combination with the sound, create an interactive “happening”. The audience of such performances was either included in the goings-on on stage, or else swept away with scenic elements. A “spectacle”, in which Prantl’s foremost objective is to escape the tightly knit web of memories. Body language turns into play, surprise, quote, cross-reference (to the teachings of Pina Bausch), the abandoning of certain ideas (see Merce Cunningham) – in short, a voluntary chaos that was well received by the – at this point increasingly curious and enchanted – audience.“                                                                                                         (Carlo Arigolas, L’ Unione Sarda, October 2002)

„Such as the unusual encounter that took place last Friday on the stage of the great auditorium, with Tanz Atelier Vienna, who performed with laudable and unusual courage. The encounter took place between the sensational pianist Cecilia Li and a dancer of rare skill, Sebastian Prantl and is characterised by an unusual sensitivity. It was also an encounter of music and dancing under the auspices of Cage, this musician of great expressive and experimental force whose work is quoted throughout the entire central part of the performance “Cage pour les oiseaux” in the nervously precise, electrifying piano of Li, who draws from vast musical resources to devise evocative atmospheres. Around these, the dancer weaves his dancing consisting of segments of abstract and magnetic poetry. Dancing that is really communicating in continuous love letters with the high-class and sublimely rendered music.“