When the hierarchic structure is abandoned, religion loses its significance combined to it. The art started to develop according to the individual artist’s likes and needs. Religion also changed, following the self-responsibility of the believers, to new forms of Christian belief. Today, the resulting distance opens up new access to religion. 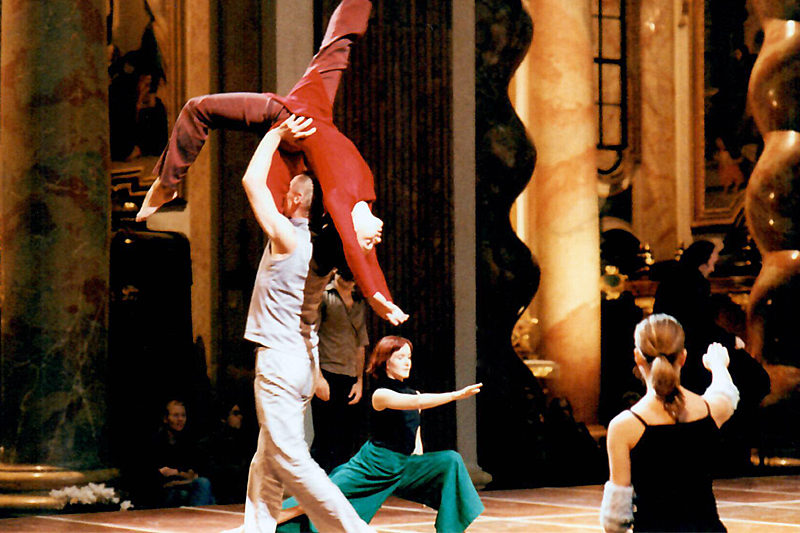 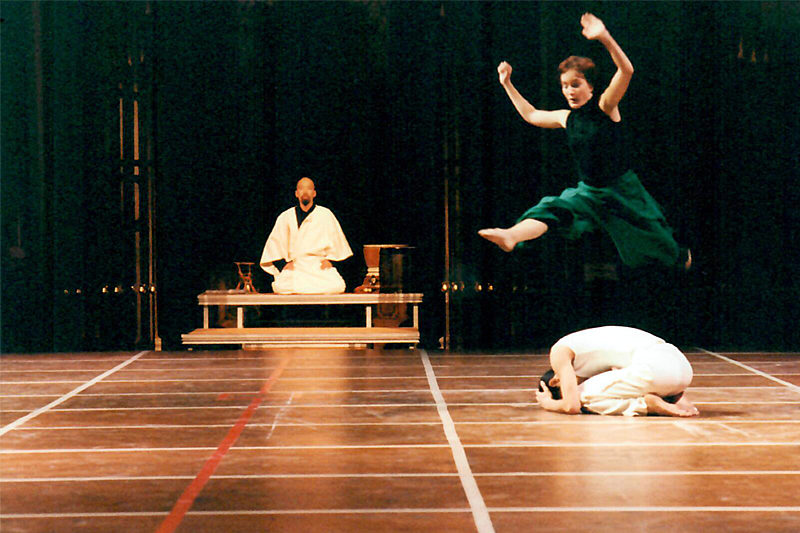 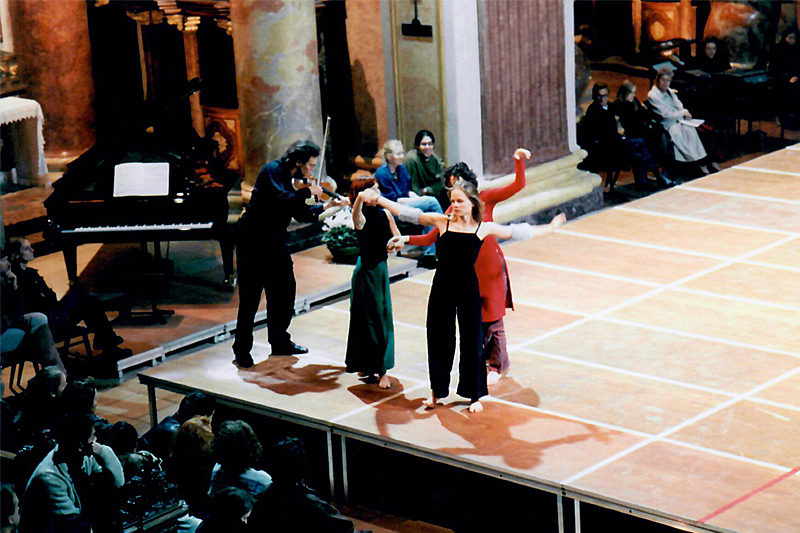 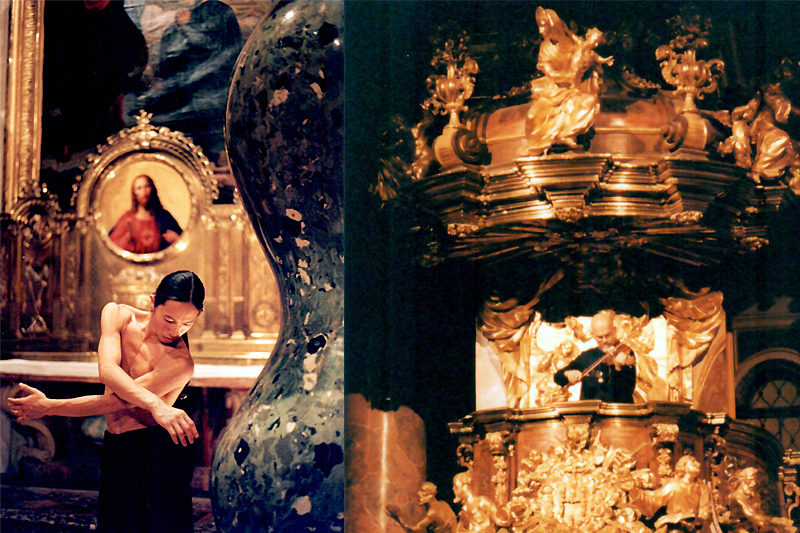 Christian faith tends towards manifestation in sensually perceptible ways. Theatre, music and dance often illustrate the fact that human life is rooted in spiritual dimensions.
On this basis, the project Iconostasis became the manifestation of an encounter, supported by the respect for each other and the joy of experiencing one another.

„Boogie Woogie – homage to Piet Mondrian” staged by TAW was my first encounter with the work of Sebastian Prantl and Cecilia Li. In the ensuing years, I kept following their work with my ears and eyes. It was a pleasing experience to participate from the background, from outside, in the events that were effected by motion and sound in time and space. I was very impressed with the way dance artists were fostered to create spaces that communicated with the existing architectural setting and of the music that in turn provided the space for the dance. Moreover, that finally gave me an idea that I spoke about to Sebastian Prantl. I wondered whether the Vienna church of the Jesuits might not be an appropriate setting for the ensemble’s performances; after all, they had given performances in very unambiguous settings before.“

Iconostasis I – TAW Studio production, May 1999