“Constellations of forces result in systems of puissance and give rise to the mobile and static world. They form structures of utmost flexibility, and it seems as though the sensations of the effect of forces – of tension and relaxation, of equilibrium and disequilibrium – were such existential experiences, that they largely determine our thinking, feeling and perception“. 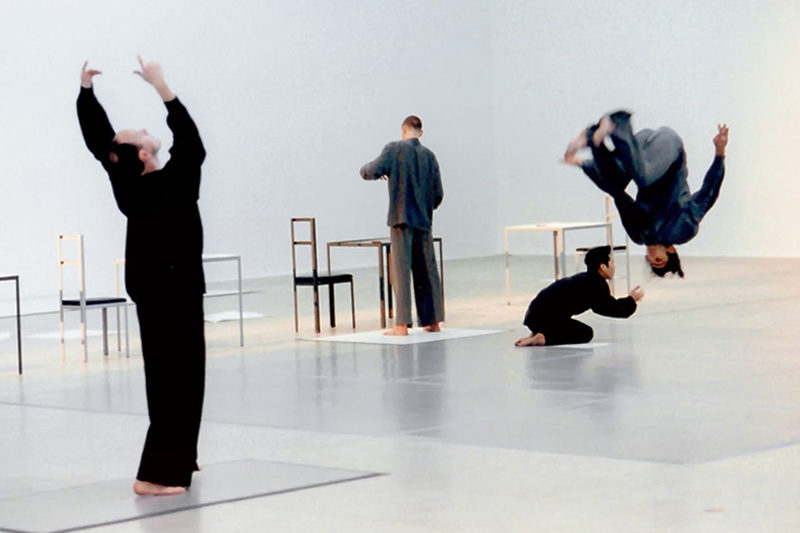 A one year choreographic journey along „constellations of forces“ triggers insight towards universal entities of mouvement and sound. The exemplary Goldberg-Variations by J. S. Bach „accompanies“ the artistic catarthis.

„The transition from one equilibrium to another occurs through unstable phases that are characterized by a variety of alternative approaches.”

(Walter Kaitna, engineer and doctor of technics, conducted research on his own as a professor on stress distribution and elastic deformation that served as the basis of his work as an artist).

“Each force field remains unique and unrepeatable. The essential communication process occurs continuously-during many months of rehearsal and grappling with the subject, out of sight of the audience. For this reason, each force field must not be seen as a self-contained performance, but rather as an event much like an individual frame that has been taken seemingly at random from a long movie.” (Manuela Kaitna, graphics, journalism)