In this case, names are important, because the project “For the Birds” dedicated to John Cage, the distinguished American composer is logo and location: ‘Cage’ is not only a name, but also  suggestive of the exemplary architectural structure of the Traisen Pavilion in St. Pölten, Lower Austria. 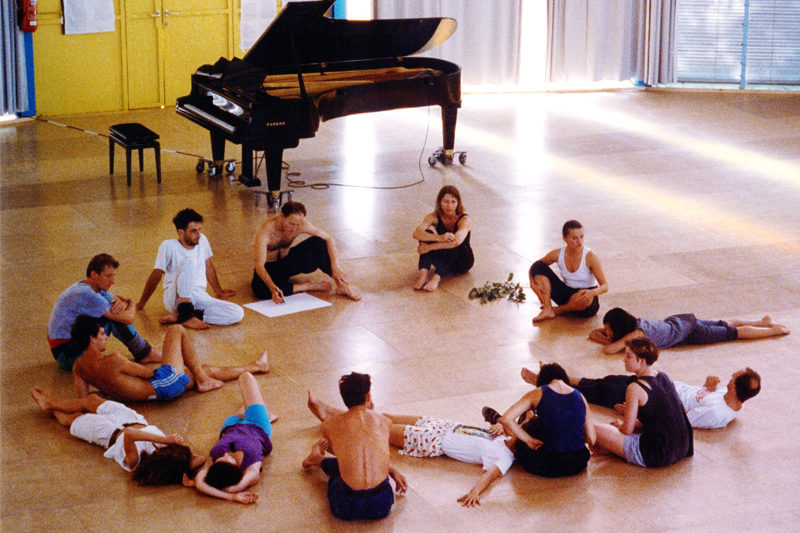 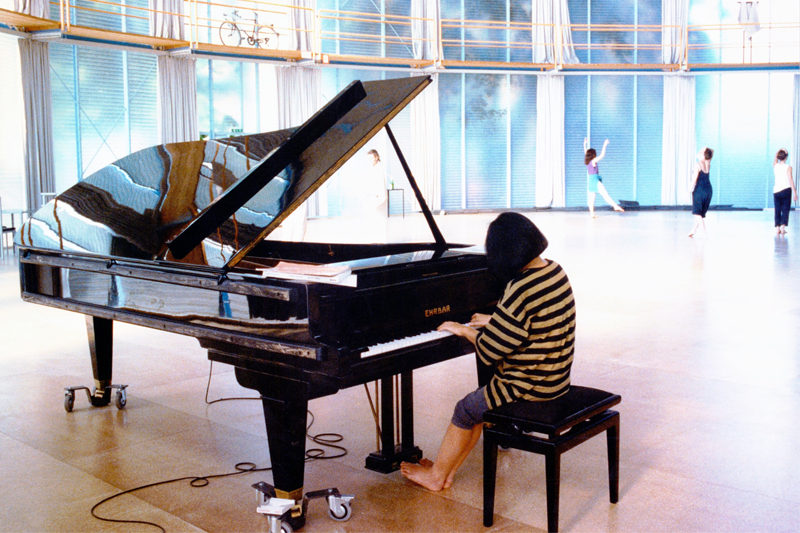 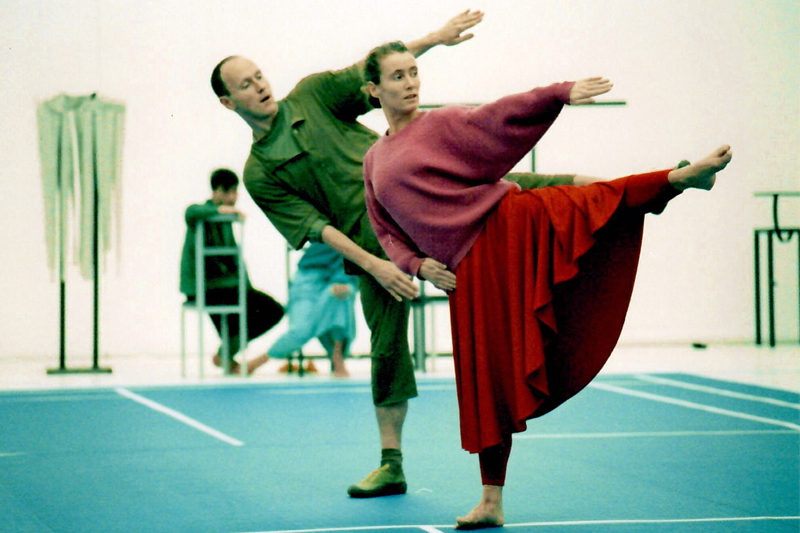 In this latter setting, and since early August 1992, Sebastian Prantl (Choreographer), Cecilia Li (Pianist) and Michael Pilz (Filmmaker) have taken off with a good dozen dancers from all over the globe to a creative high-flying fantasy. This cage setting is permeable on all accounts – defining space and leaving it open at the same time, it is a site for interaction, the perfect stage for an event telling of extremes: of freedom and law, of the inner and the outer, of inertia and movement…

The preparations for this project that combines dance, music and film on equal standing, were rather involved. This reflects in the size of the budget for dance and film risen from several sponsors.

The stages, one by one:

First, Prantl contacted artists by mail, some of whom he knew personally. Auditions became necessary. Finally, he came to terms with the dance artists in one-to-one rehearsals, held from April until July by agreeing on a fixed sequence of movements, a so-called “Kata”. This sequence changed immediately according to the disposition of the artists and to the music (piano pieces ranging from Scarlatti to Cage), without, however, forfeiting their basic character: When all dancers met for the first time in the Traisen pavilion, an “enormous trial of energy” (Prantl) took place at first, without, however, endangering the desired togetherness for even a second.

Quite the opposite! Attending the working schemes (which was possible every Sunday during the international dance symposium), one had the impression of watching a sworn clan, in which each idea springs from a common subconscious. After the daily workout, which by the way, was led by a different member of the group each day, the fourteen artists rehearsed in group improvisations, dominated by none but influenced regarding dynamics, colour, and direction by all at the same time. Thus, the project kept changing from rehearsal to rehearsal without leaving any of the members clueless.

“It proved to be an exciting and inspiring experimental enterprise, which, some day, might even become a model for further events. When the event will be performed on the 4th of November at the Wiener Secession, it will prove – following the lines of Cage’s aesthetic – that in the end, the process is more important than the product.”