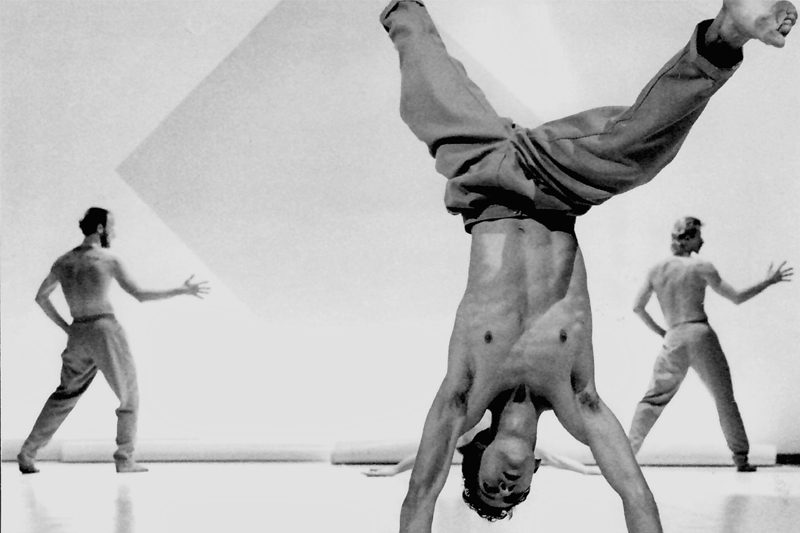 The piece features the contradictory phenomenon between Mondrian’s radical pictorial compositions painted in catharsis and his private delight for the Boogie Woogie dancing.

Juxtaposing compositional material of the Italian composer Giacinto Scelsi’s‘Ttai’ with Boogie Woogie melodies enhances the contrast in the line-up of the choreographic structure. An “abstracted striptease” of four characters depicting the one figure of the artist unravels the catharsis of the painter’s lifestyle.